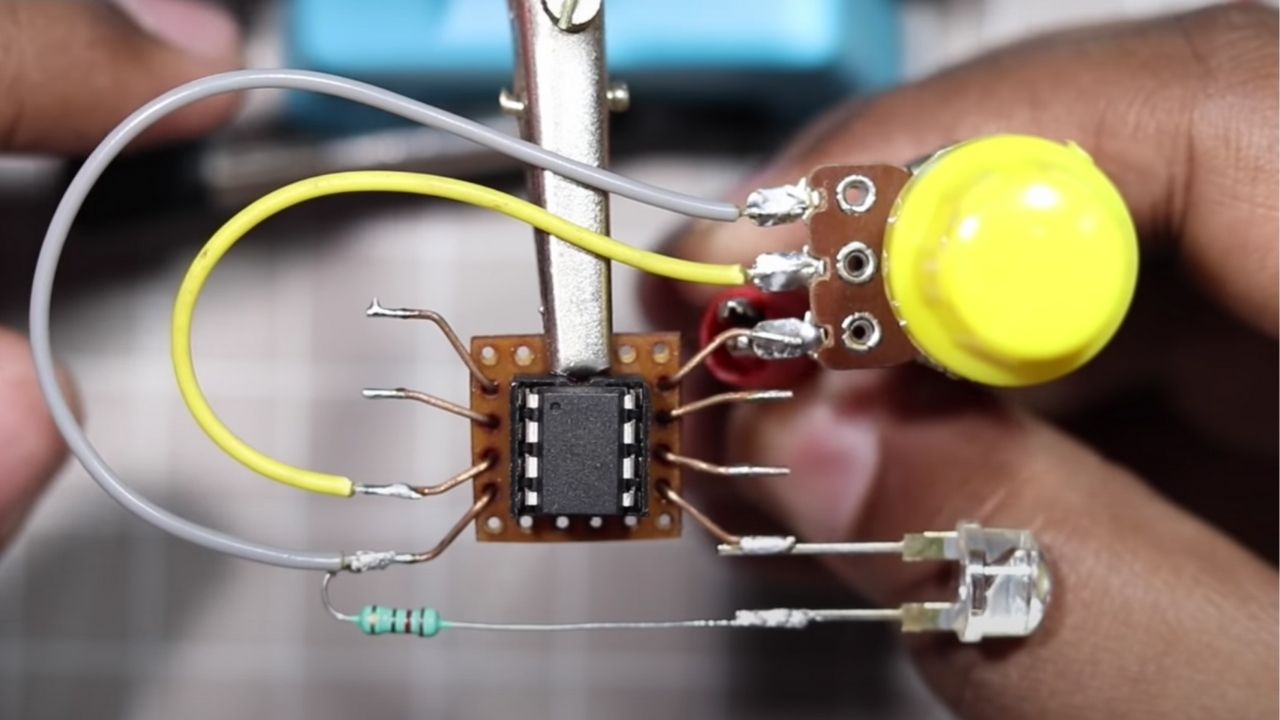 How to make a Variable Dimmer Circuit with ATTiny85 Microcontroller?

Today in this article we are going to make a variable LED Dimmer circuit with a very small microcontroller that is ATTiny85. I will also add the needed codes below. For now, let’s try to understand basically the variable LED Dimmer Circuit Works? and what are the basic components you will need.

ATTiny85 is an 8 Pin single chip Microcontroller. It has 2 PWM Pins and 3 Digital Pins. You can configure the IC with Arduino IDE as your wish. Generally, all Arduino boards need an external crystal oscillator for running. But it has an internal 8MHz Oscillator inside in it.

So, the ATTiny85 makes sense when you are dealing with Low Input and Output counts. Like a Hall Effect Sensor or an IR Sensor for input and an LED for the Output Indication. In these cases, we use ATTiny85 Microcontroller.

Here is the simplified Diagram of the Circuit. I designed it from EasyEDA Website.

How to make it?

Now upload the given code to the ATTiny Microcontroller at next you will be able to control the Duration of the LED Dimming.

You can also watch the ATTiny85 Dimmer working Tutorial on our YouTube Channel.